When you book with an account, you will be able to track your payment status, track the confirmation and you can also rate the tour after you finished the tour.
Sign Up
712

Visit the Secret Lagoon and discover the rugged charm of an Icelandic open-air geothermal bath, enjoy sampling Icelandic cuisine with a delicious buffet-style dinner, and enjoy the unforgettable magical dance of the Northern lights.

The Secret Lagoon
The Secret Lagoon is a natural hot spring and pool located near the village of Flúðir in South Iceland, just off the Golden Circle route. Fed by mineral-rich geothermal water from nearby hot springs at a steady temperature of 38° to 40°, the Secret Lagoon’s pool of water is perfect for bathing and relaxation.

Light Buffet
After bathing in the Secret Lagoon, the tour continues to Restaurant Grund for a delicious light buffet where you can enjoy sampling a variety of Icelandic cuisine.

Northern Lights Hunt
Heading back to Reykjavik, the exciting hunt for the elusive Northern lights begins. Your guide and driver will scout and select viewing spots to give you the best chances of experiencing the amazing display of auroras.

It is a delightful tour, combining some of the best experiences Iceland has to offer; the inspiring Northern lights and a warm, amazingly relaxing open-air bath.

The lagoon is very relaxing and the scenary is just beautiful, a must if you visit and an insight to how geo thermal can be utilised to provide a positive source of energy while holding a glass of wine and looking at the stars.

Excellent driver/guide. Friendly, chatty, amusing. Good driver. Did everything he would to try & find the Northern Lights for us, although we didn’t see them.

Punctual and tried hard to find the lights.

1. How much does a trip to see the Northern Lights cost?
It doesn’t cost anything to see the northern lights. However, knowing the best spots to see the aurora borealis when they are visible takes knowledge of Iceland, which our expert guides have acquired over time. Additionally, tours like our Northern Lights Mystery tour, allows you to focus on capturing the best photo of the northern lights. At the same time, we do all of the driving and share the science behind the mysterious lights that appear in the sky.

2. Where can I see Northern Lights in 2020?
Northern lights season in Iceland is from late August until late April. The darker and brighter the skies, the better for seeing the aurora borealis. With that in mind, February, March, October, and November 2020 are your best bet to see northern lights in Iceland this winter.

3. Do the Northern Lights happen every night?
You need to have a clear dark night to see the aurora borealis, and so, it’s not guaranteed you will see them every night.

4. Where are the Northern Lights located?
You can see the northern lights in Iceland, Alaska, Canada, Norway, and other places in the world. It is important to keep in mind that the polar latitudes have the best view of the northern lights. Anywhere above or north of the magnetic 55º with low light pollution is a good place to catch the lights. The 55th parallel north runs through northern parts of Europe, Asia, and North America.

5. How long do the Northern Lights last?
Northern lights season (the time when they are most likely to be visible) lasts from late August to late April in Iceland. As for how long they last, when they appear in the night sky can vary significantly from just a few minutes up to hours at a time. During those few minutes to hours, the lights can also vary in intensity.

6. Where is the best chance to see Northern Lights?
Outside of the city lights, with a bright dark sky.

7. Do Northern Lights look white?
The aurora borealis can appear in white-gray color even the most common color is green.

8. How do I plan a trip to the Northern Lights?
You can easily book a Northern Lights tour with us, where we take you to the best spot out of Reykjavík to watch the aurora borealis.

9. What is the best month to see Northern Lights in Iceland?
The best months are February, March, October, and November, but the northern lights last from late August until April.

10. How do I take pictures of the Northern Lights with my mobile phone?
You’ll need two things to make sure you capture the northern lights perfectly: a camera (even your smartphone will do) and a tripod. Neither your camera nor your tripod need be top of the line. You need to know how to get the most out of them.

If you’re using your smartphone, these tips will help you get a great shot of the lights. If you’re using a regular camera you’ll need to keep these things in mind:
Make sure your camera has a manual setting. Set both your camera and lens to manual mode so that you can manually change the aperture and focus.

Turn OFF your flash.

Use a remote, self-timer, or an app to release the shutter remotely. Because you will be using a long exposure, even the slight movement caused by pressing the shutter can blur your image.

And then use these simple settings to get started photographing the northern lights:
Set the lens’ focus to infinity. Because the lights are so far away, you’ll want the camera to be focused on the furthest possible point. This can be a challenge in the dark, so it’s best to do this before it gets dark out.
Using the manual mode on your lens, focus to infinity.

If need be, use tape or a marker (brightly colored to show up in the dark) to mark the setting. If you end up having to do this at night, pick the furthest light source around (you can use a flashlight for this too) and focus on it.
Be careful not to change the focus setting while waiting for the lights.
As for metering, different cameras work best using different modes. For Nikon, you’ll want to set it to a matrix or center-weighted average metering, and for Canons use evaluative metering.

Using manual mode, set the lens aperture or f-stop as wide as possible, that is the lowest f-number that your lens can go.

Set your exposure according to the movement of the lights. For particularly active lights, 5-10 seconds will do, but for more subtle and/or slow-moving lights, you can try 20-25 seconds.

Your ISO setting will depend on the intensity of the lights. If the lights are quite bright, start with ISO 800 and go up from there should the lights be dimmer or begin at ISO 1600 if they are dim and go down from there.
In order to capture the colors of the lights as accurately as possible, custom set your white balance to Kelvin 3,000 or so and adjust accordingly.

11. Why do the Northern Lights happen?
The Northern Lights, also known as aurora borealis, are caused by solar activity, including solar wind, solar flares, and coronal mass ejections (CME). These are all forms of electrically charged particles ejected by the sun. It takes a solar flare about 8 minutes to travel from the sun to the Earth and collide with gaseous particles in the Earth’s atmosphere.

Due to variations in the Earth’s magnetic field and the dark winters at the north and south poles, the lights are more visible near the poles than anywhere else in the world.

12. What includes the admission price to Secret Lagoon?

13. Secret lagoon or Blue lagoon, what is the difference?

14. Do I need to book the Secret lagoon if I would like to go alone?

Yes, we recommend booking in advance, since the capacity at Secret Lagoon is limited.

15. How warm is water at Secret Lagoon?

16. How deep is Secret Lagoon?

Secret Lagoon is not very deep, it is approximately 1 meter (2-3 feet) deep.

17. Is Secret Lagoon open at night?

No, Secret Lagoon closes at 20:00 during the wintertime and at 22:00 during summertime. After closing, there is no access.

18. Are there any other attractions near Secret Lagoon? 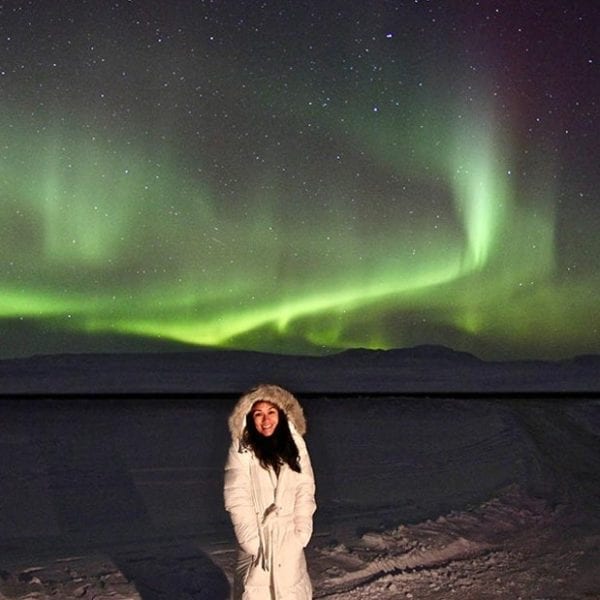 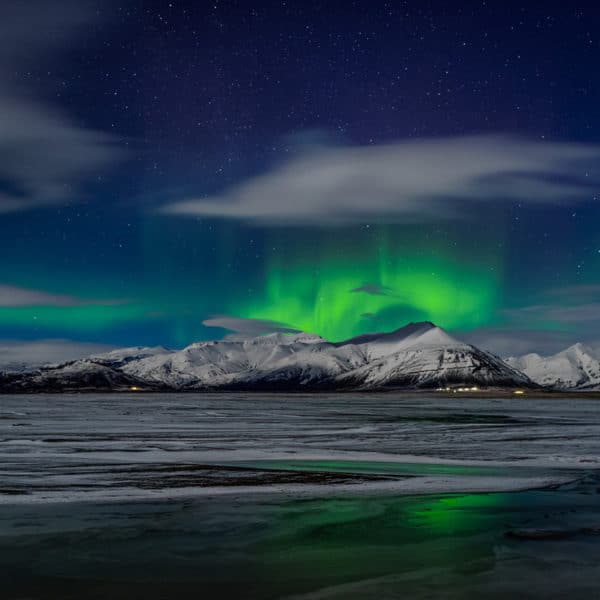 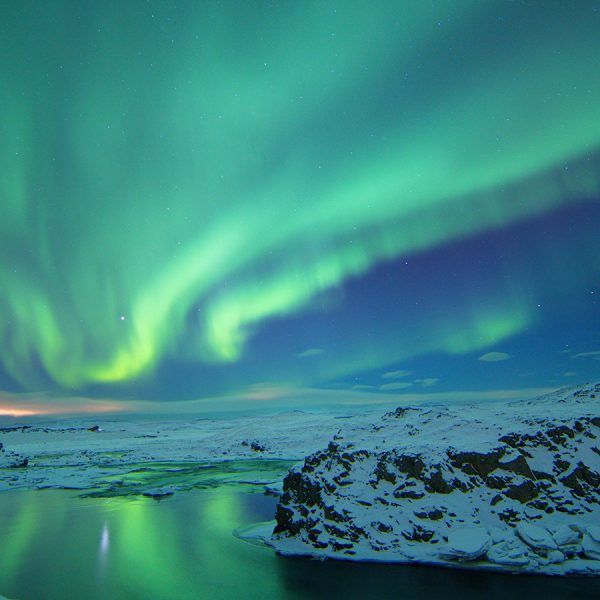 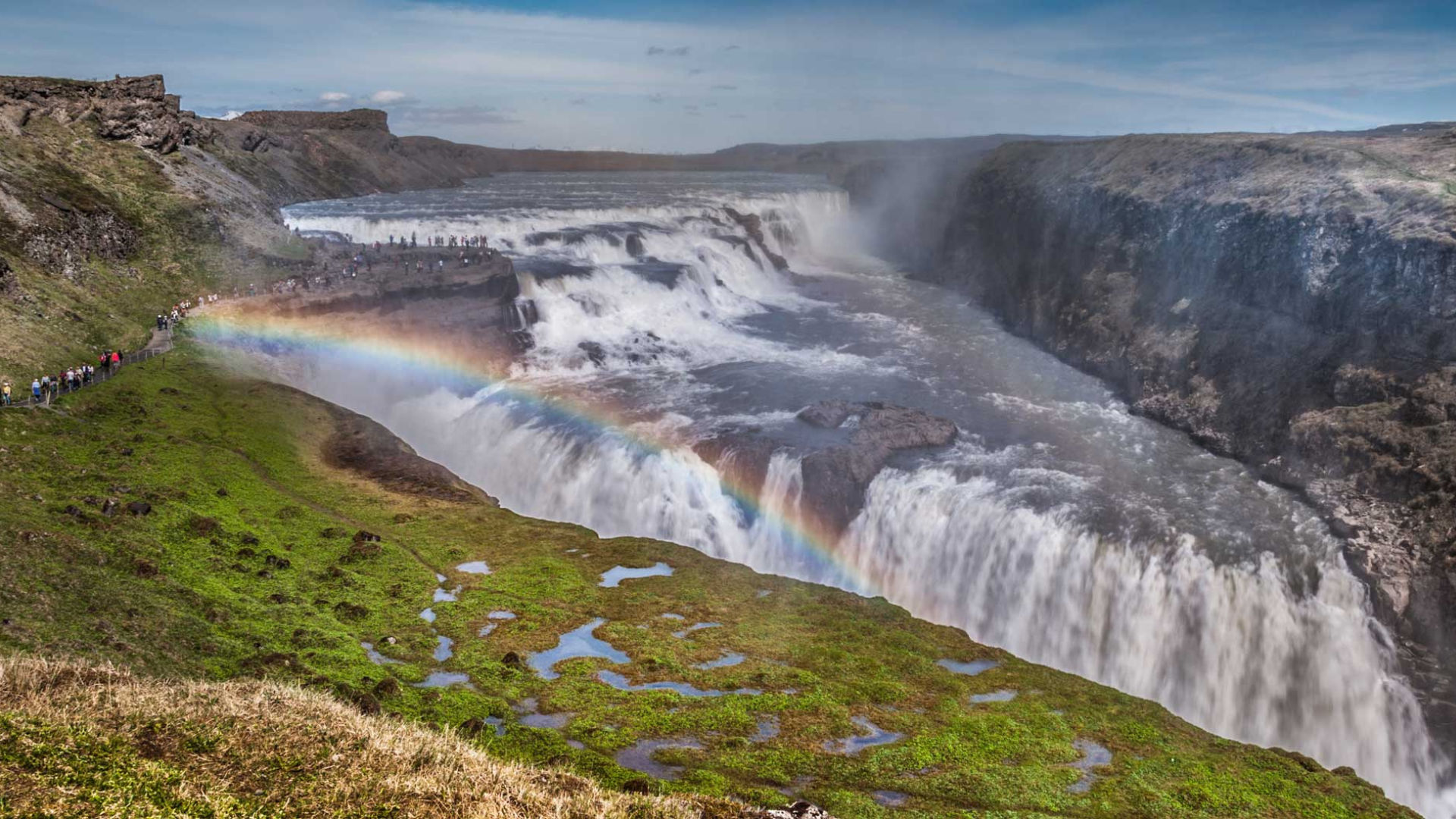 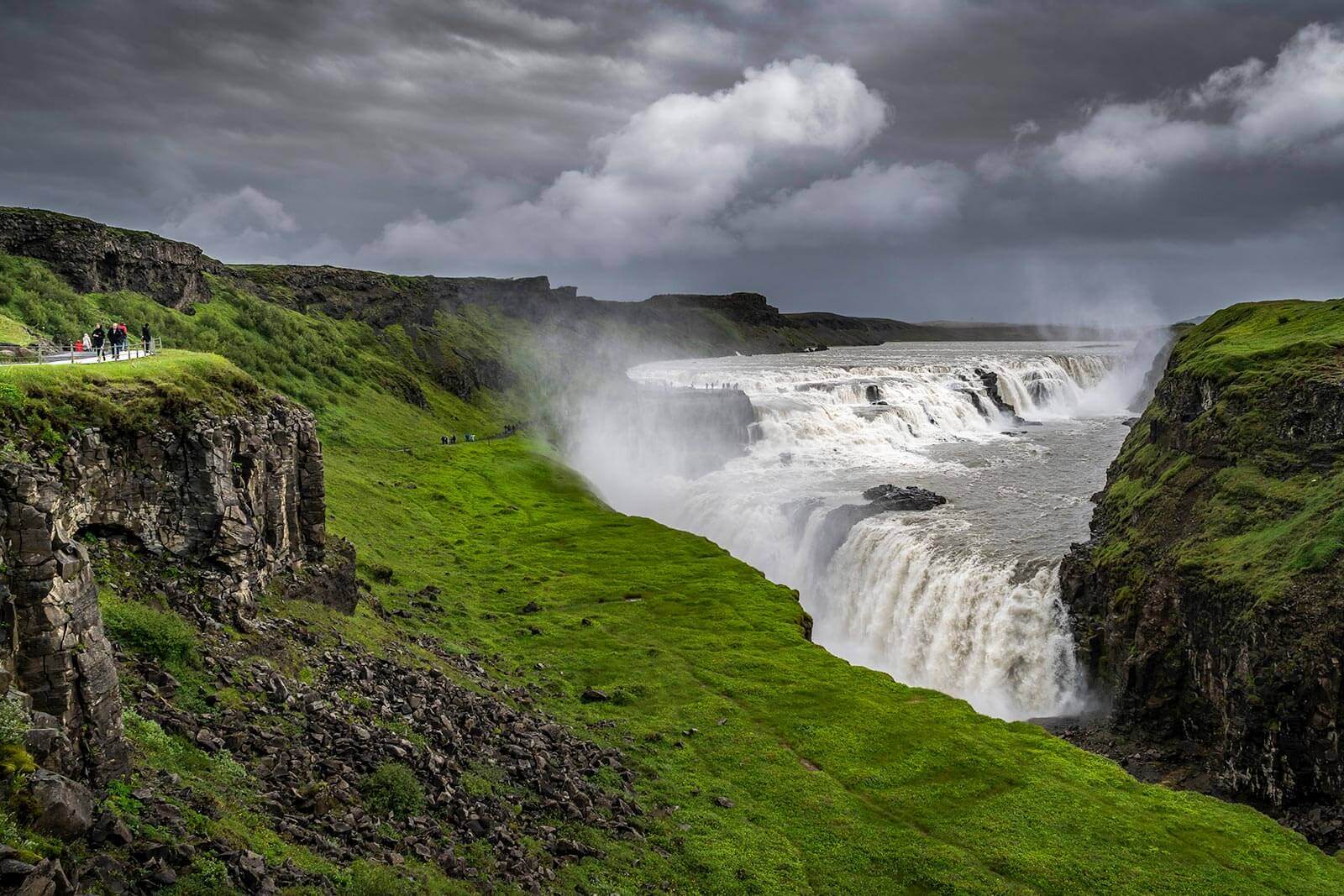 FromISK 8,790
0
We use cookies to ensure that we give you the best experience on our website. If you continue to use this site we will assume that you are happy with it.AgreeDisagreePrivacy policy